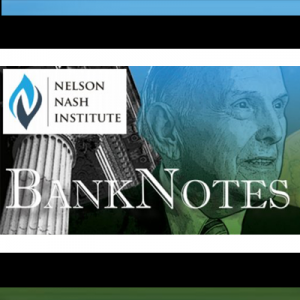 There is an attitude out there — the dominant, majority attitude, in fact — that says that purchasing a dividend-paying whole life insurance policy with a substantial amount of premium payable to the PUA rider in the first policy year counts as “doing” or “adopting” or “implementing” IBC.
This is wrong.

In Part 1 of this article, I wrote about an in-depth research and discovery I made regarding one of the most familiar, yet at the same time, one of the most mysterious psychological processes utilized today. I am referring specifically to the notion and the power of positive thinking.

After completing last Month’s article in the LMR on the multi-millionaire Spencer Hays, I was moved to undertake an extensive study on the one thing that he had obviously perfected—the art of positive thinking. My research into this fascinating subject has not disappointed me and has yielded some interesting results. In this month’s article I will be able to report to you that this so-called optimistic mood, or positive outlook, if you will, had its origins in the 1820s. Originally called the “new thought movement” and later referred to as “mind cure,” positive thinking is a uniquely American phenomenon. Today it is an entrenched American ideology.

Individuals who own one or several dividend-paying Whole Life insurance policies that are designed in the special way advocated by Nelson Nash’s Infinite Banking Concept (IBC) are often faced with a perplexing question and a decision they must make whenever the need arises to purchase or pay for something.

Earlier this year [2012] we (Robert Murphy and I) asked a high level executive of a life insurance company if his organization had any problems with the increase of policy loans on their balance sheet resulting from the popularity of the Infinite Banking Concept. His answer still resonates inside my head. Although not an exact quote, this is in effect what he said—“Not if I can still fund them out of cash flow. So long as we stay in a high premium environment such as what we have today, I have no problem whatsoever with policy loans.”

Radio talk show host Dave Ramsey has made a national name for himself guiding people out of debt. I occasionally listen to his show (Ramsey and I both live in Nashville), and I applaud much of what he tells his listeners. In particular, Ramsey stresses the importance of having a specific budget and communicating with one’s spouse about money. Furthermore, as a Christian, I also like that Ramsey ends each show by saying that ultimately, the only path to financial peace is to walk with the Prince of Peace.

In this third and concluding article about an IBC Tax Strategy, a strategy that I personally use, I would like to shift gears and steer our thoughts in the direction of some very important rules that govern life insurance policy loans. As individuals that practice IBC these discretionary guidelines with regards to policy loans should be fully understood, whether we are members of the general public, or financial professionals. This is the main reason that I reiterated several times in the preceding two articles that this particular tax strategy was not for novices, or those new to IBC.

In this article I want to start by briefly reviewing some of the key components of the groundwork I initially laid out in Part I and then walk through some actual numerical illustrations that will help expand our understanding of this unique tax idea. As a reminder we are specifically discussing a tax strategy that calls for taking the cash flows that are already earmarked for paying your taxes and re-routing them through a correctly designed IBC policy that has the capacity to adjust to your particular situation and provide the freedom to not be dependent on outside bankers. As before, I want to emphasize that this idea does NOT reduce your tax liability—I am simply presenting options for people to redirect cash flows that would occur anyway.

It’s been said that people would rather die than think. But I am going to see if I can incentivize you do just that by showing you a way to fund a large Infinite Banking Concept (IBC)-type life insurance policy, while using
cashflows that are dedicated to paying your taxes. I should say upfront that this discussion will make sense immediately to business owners, but I hope that salaried individuals see relevance to their households as well. Now in order to provide this intriguing maneuver a fair disclosure, I will need to do it in two parts. In this first part, I will lay the groundwork, and then in next month’s article I will provide some numerical illustrations to show exactly what I mean.